Regulating Cannabis in Accord with International Law: Options to Explore

As a growing number of countries move towards legal regulation for non-medical cannabis, governments are pushing the boundaries of the three UN drug control treaties. At the 61st session of the Commission on Narcotic Drugs (CND) in March 2018, TNI, the Washington Office on Latin America (WOLA) and the Global Drug Policy Observatory (GDPO) organised a side event to explore the issue, addressing the various challenges and opportunities involved. At the event a groundbreaking report on the issue was presented: Balancing Treaty Stability and Change: Inter se modification of the UN drug control conventions to facilitate cannabis regulation.

Regulating cannabis for non-medical, non-scientific uses is plainly disallowed by the UN drug conventions. Nevertheless, sub-national and national jurisdictions are choosing to formally regulate adult-use cannabis, through state-level ballot initiatives and legislation, as has been occurring in the United States since 2012, or through new national laws, as in Uruguay in 2013, and as in Canada, where bills are currently under parliamentary consideration. Such reforms pose considerable challenges to the international legal framework for drug control. This side event explores options for how countries might move forward with cannabis regulatory systems with due respect for international law.

The 61st session of the Commission on Narcotics Drugs took place in Vienna (Austria) between 12th March and 16th March 2018. TNI co-organised another side event to address the rising tension between the UN drug control conventions and shifts in policy towards non-medical cannabis, exploring a number of options of treaty reform which can be pursued by reform-minded countries like Canada and the United States.

Click here to read a summary of the event. 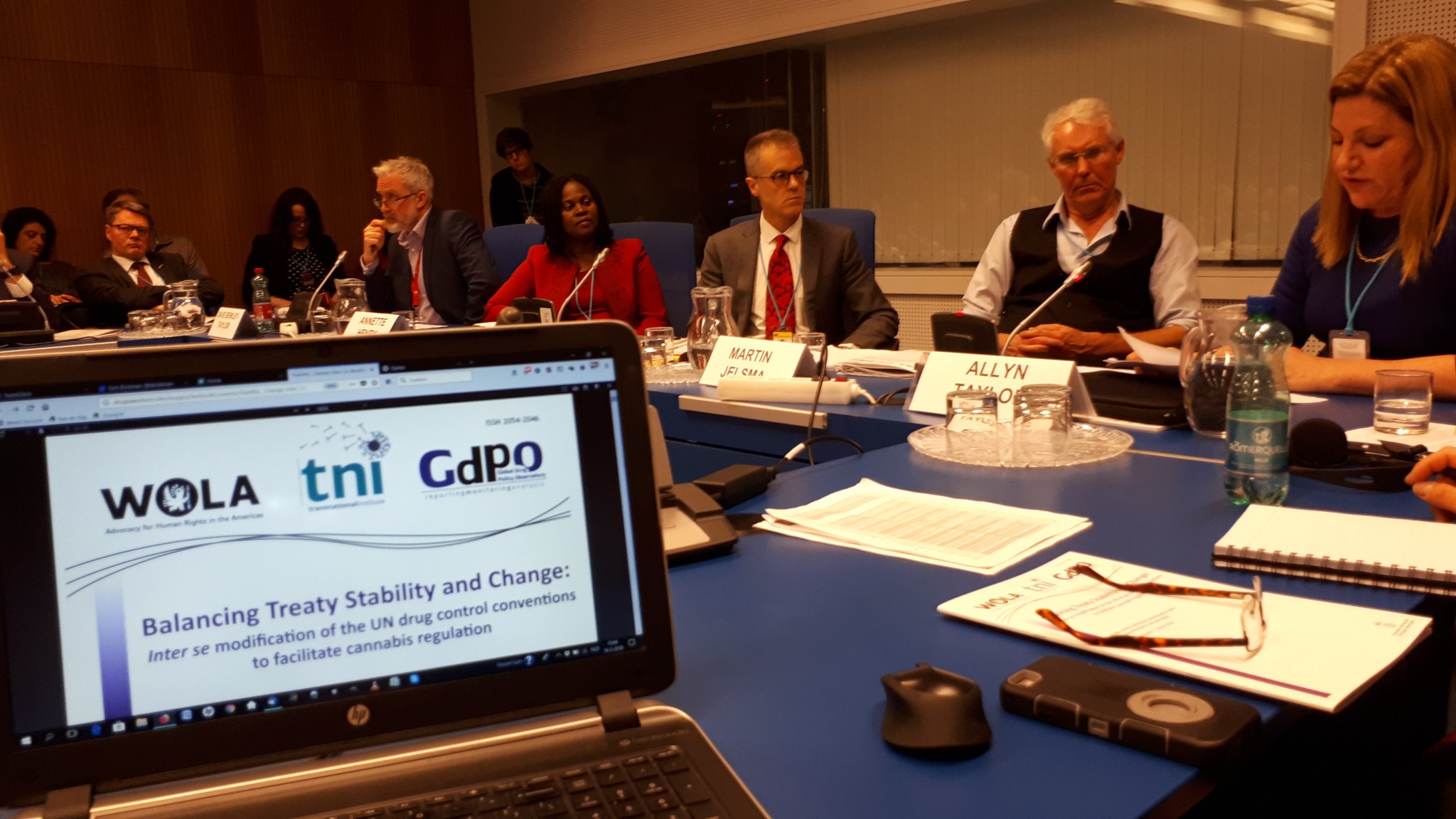 At the event a groundbreaking report on the issue was presented: 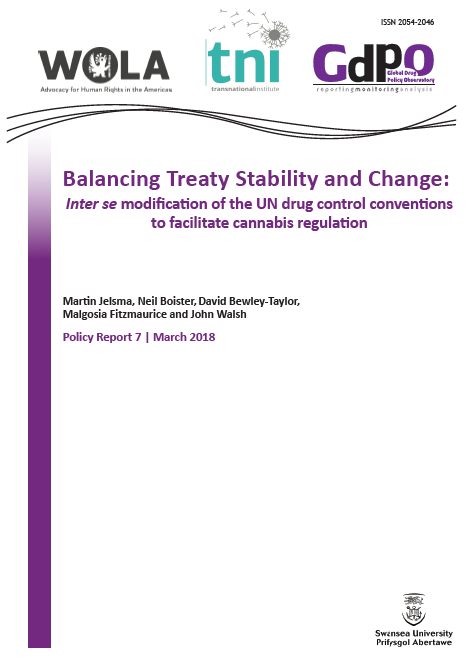 The report explores in detail the rationale, potential legitimacy, and feasibility of the inter se option for treaty modification, whereby a group of two or more like-minded states could conclude agreements among themselves that permit the production, trade, and consumption of cannabis for non-medical and non-scientific purposes, while minimizing the impact on other states and on the goals of the drug conventions. The report concludes that the option of inter se modification holds enormous promise and merits careful consideration for application by like-minded states, not only as an immediate and legitimate safety valve for the rising treaty tensions around cannabis regulation, but as the basis for like-minded countries to promote and deepen the discussion on how — in the words of UNODC’s Executive Director from ten years ago — “to make the [drug] conventions fit for purpose and adapt them to a reality on the ground that is considerably different from the time they were drafted.”

The report was the result of an expert seminar held in Amsterdam on 26-28 October 2017, which brought together international legal scholars and officials from the United Nations and from national government agencies to discuss and debate different options and scenarios to facilitate cannabis regulation models under international law.